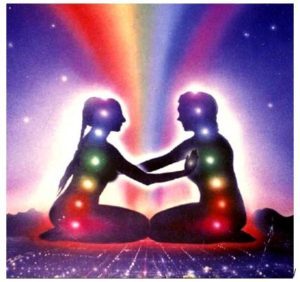 The basic requirements on which education and the formation of professional staff in the field of alternative medicine and alternative treatments are based, include the following:

– Professional competence (practical application of knowledge and skills) in the field of traditional treatments and new, holistic approaches (in alternative medicine and alternative treatments).

Using these starting bases for the development of education programs, the ALFIEGA Institute has developed a special and unique concept of education programs, protected at the Intellectual Property Office (registration number 71827-CLICK ON THE SCENARIATED DOCUMENT), called the alfiego concept. Logo of the concept will be a component of all documents issued by the ALFIEGA Institute. The Center for Continuing Medical Education, Accademia Integrativa, Quanttes association, has adopted the alfiego concept and has acquired the right to put alfiego concept’s hallmark on all its documents.

The term holism was introduced by Jen Smuts (1870 – 1950) in the book -Holism and Evolution – (London, 1926). He defined holism as the theory that the whole (holos in Greek – whole) is more than the sum of its constituent parts. In alternative medicine, holism is defined as a comprehensive approach in which man is regarded as the unity of body, soul, and spirit.

The unity of the body, the soul, and the spirit is repeated like a mantra! Let’s try to reach that unity! Perhaps this comparison will be simple:

Our spirit is the architect of our body, you have, most certainly, heard the “story” that the particle of God, the sacred spirit… or the program of our existence, descend from the Universe’s matrix in the 14th week of our intrauterine life!
It could be argued that our spirit is the architect of our existence (the sacred particle of the existence of the Universe, the Creator, God…); its material projections (of the plan/model) in the given intersection of spa e and time. Our soul is the builder of our existence; its material projections (of the plan, models) in a given intersection of space and time.

Our soul is the builder of of our existence.

Our body is a physical force.

It is the result of a holistic approach of the spirit, the soul and our own work. Whether the original conception of the inhabitancy of our spirit (as part of the Creator’s thoughts) will be strong, firm and unique, depends on what emotional material our soul will use and what kind of a substrate material our physical body will use!

According to its original matrix, our material body, as a joint work of the architect (spirit) and the builder (soul), is almighty and indestructible until the moment when our spirit extends beyond the cyclical movement of immortality, enriched or depleted by the architectural skills of our soul, and the physical work of our body.

From this point of view, the story of eternal life in one section of space and time is meaningless; the wheel of the cosmic homeokinesis – the continuous, stable movement of the Universe – would stop!

To return to our future alfiego practitioner and alfiego advisor, human being, microcosm, and its contribution in the fractal organization of all existing.

– a holistic approach towards Nature (Planet Earth) and the Cosmos / energy of space and time; energy of everything that is living and inanimate /; knowledge of the unity of Man-Nature and the Cosmos.

Multiple holism is a system consisting of several holistic entities, which are characterized by their own identity / self-identity and interaction with each other.

II.Cognition of one’s own holism, the holism of the users, the holism of the Earth and the Cosmos, and their permeation and interaction is being fostered and developed by the methods-tools that guide the programs of work on oneself through self-awareness and self-control.

The Alfiego expert refreshes, adopts, develops and establishes the alfiego concept: he loves and respects himself, others, the Nature, planet Earth, and Cosmos. He forms and upgrades the Universal Holism of Existence.

According to its original matrix of existence, an alfiego user, the alfiego expert, the planet Earth and the Cosmos dispose with the resources / fields of health

III.Alfiego concept develops the principle of salutogenesis; ways of cognition of the source / field of one’s own health, the health of others, as well as the health of the Nature and the Cosmos.

The Alfiego concept develops in a spatial / temporal environment that we call health resorts.